Of all the goals you’re likely to witness at the Emirates Stadium this season, a 5″4 Uruguayan twirling through the air in the six yard box to score an important overhead kick against Huddersfield Town is likely to be one of the most eye-catching. 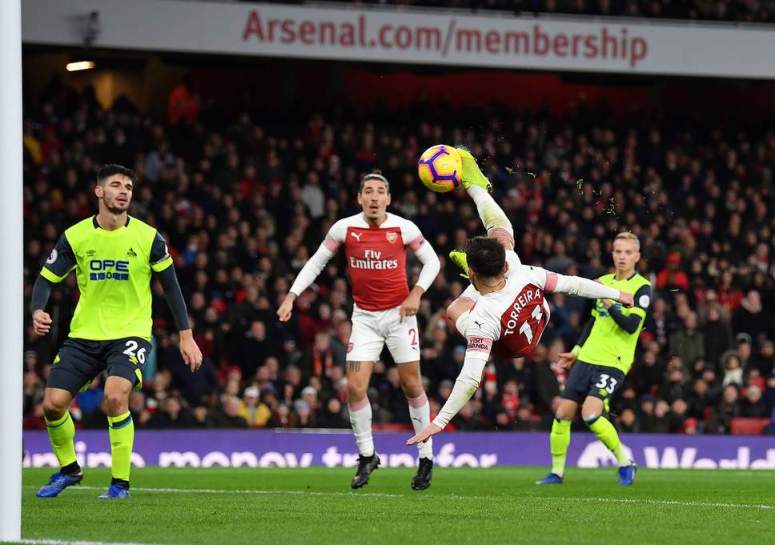 It was an important goal for Arsenal in their perpetual hunt for fourth place and to return to the Champions League, previously such a staple of Arsene Wenger’s tenure as Arsenal manager. However, the Gunners’ struggles in Europe coincided with a lull in the commitment and ability of their central midfield under the Frenchman, leading to mass unrest from their supporters and what is now an infamous #WengerOut campaign.

When Wenger announced he would be leaving Arsenal, the speculation surrounding his replacement lasted for months, but the name Unai Emery didn’t emerge until 24 hours before his appointment. Emery’s struggles to live up to the expectations of Paris Saint-Germain’s Arabian owners contrasted with the hero-like status he possesses at Sevilla, a side he repeatedly led to continental success in the Europa League.

In his first press conference, Emery was coy to talk about what he would change tactically, “For me, the most important thing is to be and to create one competitive team. I want to win. The performances, every day, for work on attacking, defending, is to be competitive each match.” Emery’s first concern when joining Arsenal would have been to make Arsenal more robust at the back, and the signing of Sokratis Papastathopoulos combined with the emergence of Rob Holding as a dependable centre back have improved things to an extent. Emery’s work in this area is far from complete, admitting after Arsenal’s win yesterday that “we are conceding more goals than we want. Our balance is positive but we can improve that and every day we are working tactically.” A season-ending injury to Holding is a blow, but one area where Arsenal have improved immeasurably is in the centre of midfield. Step forward; Lucas Torreira.

Born in Fray Bentos, a place more well-known for providing us with the name of a ‘tinned processed meat products‘ company rather than footballers – even if it also the birthplace of former Southampton and Middlesbrough midfielder Gaston Ramirez.

Torreira then travelled south-east to the capital Montevideo to join the academy of Wanderers, before moving to Italy to join Pescara’s academy at the age of 17. He didn’t break into the first team until the end of the 2014-15 season, and helped his side go on an unbeaten run in the Serie B play-offs, although his side narrowly missed out on promotion. 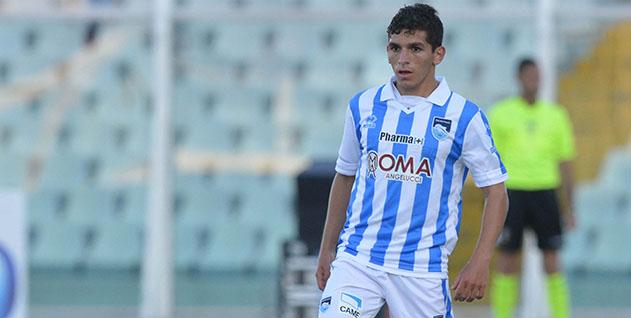 This was enough to attract the attention of Serie A side Sampdoria and he joined the Genoa-based club for £2.7m before being sent out on loan to Pescara for another season. Torreira and the Dolphins went one better than the season before and achieved promotion, with Torreira regularly playing as a central holding midfielder alongside Valerio Verre and Ahmad Benali.

At the age of 20, Torreira returned to parent club Sampdoria and slotted straight into the starting line-up, missing only three league games in his first season. Once again Torreira was deployed in a deeper central holding role, with experienced midfielders Edgar Barreto, Dennis Praet and Karol Linetty rotated around him. Although Sampdoria’s campaign was disappointing, Torreira was vital to his side avoiding relegation.

A second strong campaign with I Blucerchiati put Torreira in line for his first senior call-up in the final international break before the World Cup, and the miniature midfielder was instrumental in Uruguay reaching the quarter-finals before being knocked out by eventual champions France.

Note to all @Arsenal fans: please don’t clog up our match tweets today thanking us for @LTorreira34. We’re going to set up a dedicated ‘Thanks for #Torreira‘ email address where you can send us all your thank you messages. Watch this space…

Torreira’s transfer to Arsenal had been widely rumoured up to this point and was almost confirmed by the time Uruguay were eliminated, and four days later his £27m move was finalised. Torreira’s truncated pre-season meant he didn’t play 90 minutes in the Premier League until the end of September at home to Everton, and since then Arsenal have yet to lose a game.

Torreira’s has been utilised differently at Arsenal compared to his role in Italy, with Emery switching between a more traditional 4-2-3-1 and a more centrally concentrated 3-4-2-1. Torreira has generally been deployed next to Granit Xhaka, with Mesut Özil or Aaron Ramsey sitting in a more advanced role in front of them.

Xhaka’s improvement, in terms of his temperament as well as his decision making, has allowed Torreira to do more than just shield Arsenal’s defence, and giving the Uruguayan more attacking freedom, especially in a 3-4-2-1 system that utilises wing-backs. In this system, Arsenal’s central players are required to play in wider areas to fill in the space left by Bellerin and Kolasinac/Lichtsteiner when they go forward. By sitting in as a defensive position when they overlap, or playing in behind Arsenal’s striker when Özil/Mkhitaryan or Iwobi make diagonal runs into the forward wide areas, Torreira has thrived with his new freedom. Both of Torreira’s goals for Arsenal have come in these scenarios, with space opening up in front of him with others making unselfish runs, allowing Torreira to burst into the box and threaten in front of goal. 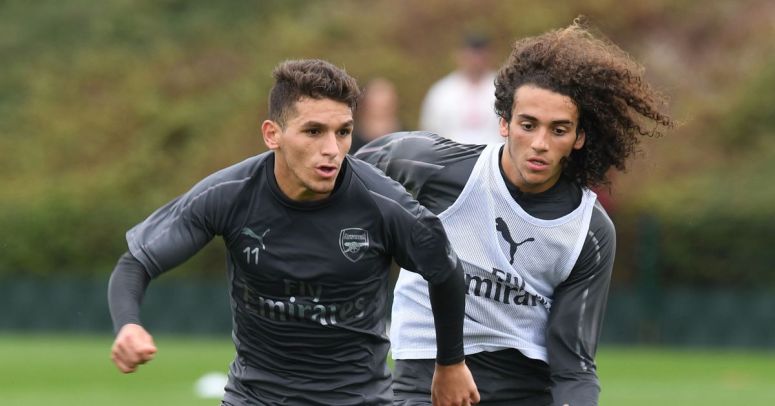 Torreira’s defensive stats haven’t been affected by his slight role change, although his sporadic start to the season means it’s hard to compare how effective he’s been in his role compared to the likes of N’Golo Kanté and Idrissa Gueye, who are recognized as two of the Premier League’s best holding players. Another new signing, Matteo Guendouzi is also worth mentioning. Guendouzi was signed from Ligue 2 side Lorient and seen by many as a player for the future, but Emery has shown faith in the midfielder and deputised brilliant for Torreira while he recovered from his exploits in the summer.

It’s been some time since Arsenal have had a defensive powerhouse to admire in the heart of their midfield, and although Torreira may be pint-sized, his energy, reading of the game and ability to win a 50/50 has already made him a fan favourite and a vital cog in Unai Emery’s Arsenal machine.