The World Cup is only a few short months away and already speculation is mounting over who Gareth Southgate will select in his England squad. This in itself is a tough enough job as Southgate has to try and balance youth and experience, flair and levelheadedness and technical and physical players. But, what if we made his job an awful lot harder? How would the squad shape up right now if you could only pick one player from each Premier League club. How would you set your team up when you can only pick one from Raheem Sterling, John Stones or Kyle Walker? Does Jesse Lingard or Marcus Rashford go to Russia? And would 2018 finally be the year we would see Steve Sidwell at a major international tournament? Here’s the squad that we selected, and if you want to have a go too, you can download our Selector right here. Once you’ve filled it in, take a screenshot and tweet it to us at @FTHalfwayLine.

Wilshere has been resurgent since returning to Arsenal’s starting line-up at West Ham in the middle of December. If he can stay fit until the summer (and it’s a big if) then Southgate is almost certain to give the central midfielder his first international call-up since England friendly against Spain in November 2016.

Bournemouth have more English players to select from than any other team, and could offer cover in practically every position. For this squad, we’ve gone with Callum Wilson who has the potential to be an England international in the near future, even if injuries have plagued his top-flight career thus far.

Brighton fans have been calling on Dunk to receive an England call-up ever since their promotion to the Premier League and he’s the most suitable candidate out of his club teammates to be selected in this squad.

James Tarkowski was patiently waiting in the wings last season at Burnley knowing that former teammate Michael Keane was likely to move on in the summer. His partnership with Ben Mee was the foundation on which Burnley’s fantastic early season form was built upon; six 1-0 wins so far this season shows just how important Tarkowski’s contribution was to their success.

One of only a few players who are guaranteed a place in Southgate’s starting XI when they face Tunisia on June 18th. Cahill’s comfortable playing in a back three or four and in a squad containing several promising but inexperienced centre-backs his role would be more important than ever. 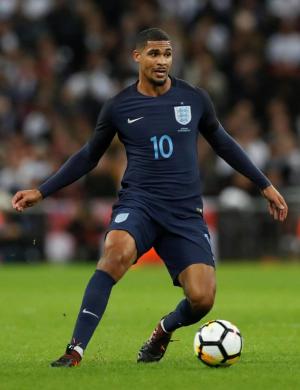 Very few players would have made their international debuts against tougher opponents when Loftus-Cheek started against World Champions Germany, but in a Palace squad containing very few other viable England options, the exciting attacking midfielder gets the nod.

Joe Hart’s capitulation at club level over the last one-and-a-half seasons has given Southgate a dilemma in between the sticks. Pickford will almost certainly be in his squad next summer and with Stoke’s Jack Butland also struggling to keep clean sheets (albeit playing behind a lacklustre defence) Pickford may just pick up the number 1 shirt this summer.

There’s very little to say about this selection when you look at the players available. Would likely be a squad player who would be given five minutes as England desperately search for an equaliser against Panama.

Jamie Vardy and Demarai Gray were also viable choices from Leicester, but the combination of other players picked from rival clubs means its the centre-back that gets the nod. Maguire has been Leicester’s best defender this season, with his last-minute equaliser against Man United being the highlight of the year so far.

Liverpool’s squad has an English core running through the centre of the pitch and for this squad, Adam Lallana’s versatility means he narrowly gets the nod of Alex Oxlade-Chamberlain and Jordan Henderson.

England’s first choice right back is the player most crucial to the Three Lions team from Manchester City. John Stones and Raheem Sterling will almost certainly start games in Russia for Southgate, but the lack of available alternatives at full-back make Walker indispensable to this squad.

Rashford hasn’t been playing at the level we know he’s capable of but his ability to play anywhere across the front line and change a game from the bench is what gives him the edge over Jesse Lingard in this squad, who on current form is the better player.

Another young centre back tipped to make the step up to the England squad soon, anything good that Newcastle have done this season has involved Lascelles and it’s no surprise that the Magpies picked up just one point when he wasn’t in the starting line-up between November and the start of December while he was injured.

Danny Rose’s inability to displace Ben Davies in Tottenham’s team means Bertrand is the favourite to play on the left for England this summer at the time of writing. Coupled with Fraser Forster’s dip in form and no other standout candidates in the Saints’ squad, Ryan Bertrand offers the most value from the options available.

A simple enough choice given Butland is the only member of the Stoke squad currently involved in the England setup and is likely to be competing with Pickford to be Southgate’s first choice this summer, although I’m sure no one would be against seeing Peter Crouch in an England shirt one more time.

Alfie Mawson is the young English centre-back that misses out across this selection process, with Tammy Abraham emerging as the only alternative in a weak Swansea squad. 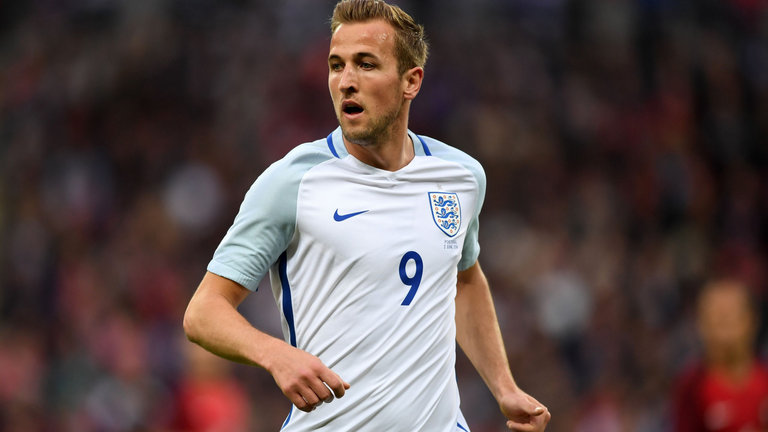 Without doubt England’s most important player this summer, but his selection means the likes of Alli, Dier, Rose, Trippier and Winks are all miss out. Suddenly bringing together a group of exciting young English talent looks like a terrible decision from Pochettino.

Nathaniel Chalobah slotted into Watford’s side as a holding midfielder immediately after being brought in from Chelsea in the summer and impressed before picking up an injury. His defensive attributes make him a better option than compatriots Will Hughes and Tom Cleverley in this squad.

With Pickford and Butland already in the squad, a third choice ‘keeper is a waste of a pick from one of the Premier League teams, so Ben Foster misses out. Kieran Gibbs offers slightly more value as a full-back who can play on either side than Jake Livermore or Jay Rodriguez.

The selections made so far have made one thing clear; if you’re capable of playing in multiple positions, you have a better chance of being selected and Antonio typifies this. Andy Carroll is the other potential candidate from the Hammers, but with Wilson, Abraham, Rashford and Kane already in the squad, a fifth forward would leave England very thin in other areas.

Now, World Cup squads are made up of 23 players, which means Southgate would have to look towards the Championship for his final three selections. A third choice goalkeeper is needed, and Wolves’ John Ruddy already has 14 clean sheets to his name in 26 league games and so looks like the obvious candidate. The squad is short of a right-back behind Kyle Walker, so Leeds United’s Luke Ayling is brought in as cover, while Ryan Sessegnon offers you an option on the left hand side either as an attacking full-back or in a more attacking wide left position which he’s much more suited to.

So, do you think you can do any better? Click here to download our Selector (it’s only an Excel spreadsheet, nothing dodgy I promise!) and let us know via Twitter (@FTHalfwayLine) how you would set up this summer.